Social distancing seems to be what everyone is talking about on social media at the moment.  There are hashtags such as #stayhome popping up everywhere. Anyone that is friends with me on Facebook will have seen that we are not staying at home.  However, that doesn’t mean we’re not socially distancing.

The governments current advice (in Boris Johnson’s speech on Sunday) was to stay in, or  to stay 2 metres apart if you go out for a walk.

Before we got out we think carefully about where we are going and consider the following:

Is it likely to be busy?  The more well known popular places are the busiest.  We try to go to countryside places that are less commercial.

How big is it?  We want the countryside we visit to be big, so it is easier to socially distance ourselves from others.

Is there a play area? We want to avoid play areas and know that if James sees one we are going to have a battle to keep him away.

How big are the paths?  It’s not always easy to know this before you go, but the bigger the path the better because it’s easier to keep 2 meters apart when passing people. If the path is narrower we have found you just stop and let the other people pass by and vice versa. 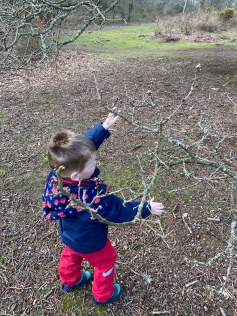 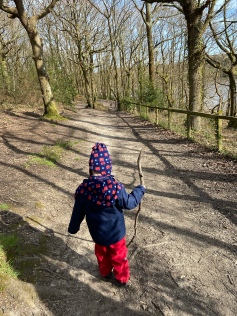 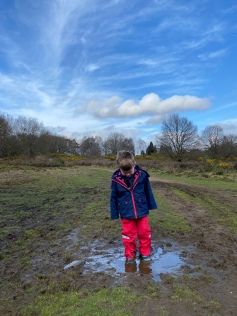 James loves the outdoors and I know that if we are faced with a lockdown situation or we have to self isolate he is going to be hard work to keep inside.  At 3 years old he is too young to understand why he wouldn’t be able to go outside.  In these uncertain and scary times we are trying to keep things as “normal” as possible for him.  We have established a bit of a routine in that in the morning we either stay in and play or we get food shopping if we need it.  Then in the afternoon we go out for fresh air, which he loves.  As we don’t know how long we will be able to go out in the fresh air for we want to make the most of it now.

Personally I believe going out for a walk is vitally important.  It’s great exercise but I have also found it brilliant at boosting my mood.  It’s easy to start feeling down about everything that is going on, but after a walk in the fresh air I find I feel a lot more positive about things and that is good for me and James.

The problem is our time outside at some point is likely to be restricted.  People don’t follow the guidance and that ruins it for everyone.  The photos I have seen over the weekend of packed places is shocking.  There are numerous photos of beauty spots, heaving with people.  People are clearly not keeping to being 2 metres apart.  It is clear that people haven’t just gone to these places with the people they live with, they have met up with friends. Some people have even been spotted having picnics and my question is where are you washing your hands before you eat?  We drove past the skate park and playground near our house yesterday and the skate park was busy, the playground less so but still had people socialising there.

There is also the importance of staying in and isolating yourself if you have any of the symptoms, even if they go away before the required quarantine period is over.  This is so vital to not pass the virus onto anyone else.  You could easily touch something and pass it onto an elderly or vulnerable person and quite frankly end up killing them.  It’s that simple.  I know if any of us start to show any of the symptoms we will not be leaving the house until we have completed the quarantine period.

You can see why this virus is spreading so quickly and easily.  People aren’t distancing themselves.  We go out as a three and are not socialising with anyone.  We have recently moved to a new area and don’t know many people, so for us it isn’t too difficult, but at the moment there is no way we would visit anyone. We are fortunate enough to live in a world where communicating is easy over the internet, so it’s not like people can’t stay in touch and socialise online.

I think #stayhomeor2metresapart would be more appropriate and less confusing than just #stayhome because the official advice isn’t that we have to stay home.  It is that you can go out as long as you stay 2 metres apart.  I know some people won’t agree with going out at all and would prefer to stay home and I think that is perfectly understandable.  For others though getting outside has so many benefits that it would be really hard to give up.

We are fortunate enough to have a small garden so when a complete lockdown comes into force we will utilise that space as much as possible.  The hardest thing for us will be having to tell James he can’t go for a walk when he asks to.  That will be heartbreaking, but ultimately a sacrifice we will have to make to save lives. 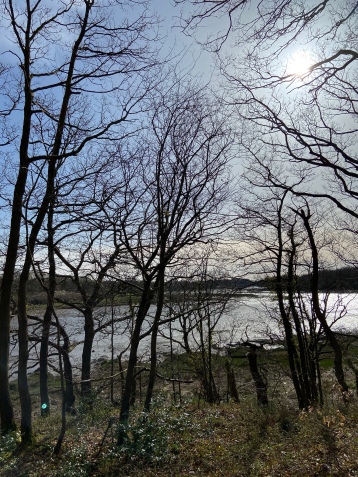 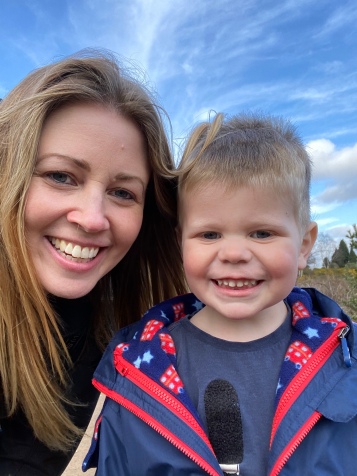